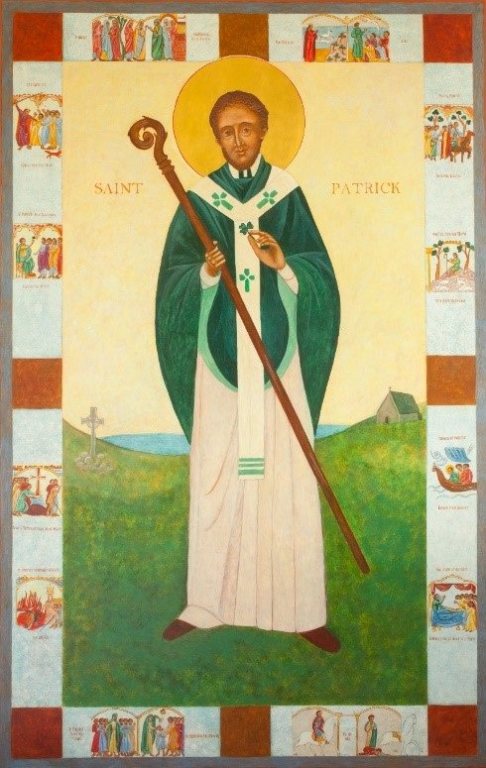 It was probably in the summer months of the year 433, that Patrick and his companions landed at the mouth of the Vantry River close by Wicklow Head. The Druids were at once in arms against him. But Patrick was not disheartened. The intrepid missionary resolved to search out a more friendly territory in which to enter on his mission. First of all, however, he would proceed towards Dalriada, where he had been a slave, to pay the price of ransom to his former master, and in exchange for the servitude and cruelty endured at his hands to impart to him the blessings and freedom of God's children. He rested for some days at the islands off the Skerries coast, one of which still retains the name of Inis-Patrick, and he probably visited the adjoining mainland, which in olden times was known as Holm Patrick. Tradition fondly points out the impression of St. Patrick's foot upon the hard rock — off the main shore, at the entrance to Skerries harbor. Continuing his course northwards, he halted at the mouth of the River Boyne. A number of the natives there gathered around him and heard with joy in their own sweet tongue the glad tidings of Redemption. There too he performed his first miracle on Irish soil to confirm the honor due to the Blessed Virgin, and the Divine birth of our Savior. Leaving one of his companions to continue the work of instruction so auspiciously begun, he hastened forward to Strangford Loughand there quitting his boat continued his journey over land towards Slemish. He had not proceeded far when a chieftain, named Dichu, appeared on the scene to prevent his further advance. He drew his sword to smite the saint, but his arm became rigid as a statue and continued so until he declared himself obedient to Patrick. Overcome by the saint's meekness and miracles, Dichu asked for instruction and made a gift of a large sabhall (barn), in which the sacred mysteries were offered up. This was the first sanctuary dedicated by St. Patrick in Erin.

It became in later years a chosen retreat of the saint. A monastery and church were erected there, and the hallowed site retains the name Sabhall (pronounced Saul) to the present day. Continuing his journey towards Slemish, the saint was struck with horror on seeing at a distance the fort of his old master Milchu enveloped in flames. The fame of Patrick's marvelous power of miracles preceeded him. Milchu, in a fit of frenzy, gathered his treasures into his mansion and setting it on fire, cast himself into the flames. An ancient record adds: "His pride could not endure the thought of being vanquished by his former slave".

Returning to Saul, St. Patrick learned from Dichu that the chieftains of Erin had been summoned to celebrate a special feast at Tara by Leoghaire, who was the Ard-Righ, that is, the Supreme Monarch of Ireland. This was an opportunity which Patrick would not forego; he would present himself before the assembly, to strike a decisive blow against the Druidism that held the nation captive, and to secure freedom for the glad tidings of Redemption of which he was the herald. As he journeyed on he rested for some days at the house of a chieftain named Secsnen, who with his household joyfully embraced the Faith. The youthful Benen, or Benignus, son of the chief, was in a special way captivated by the Gospel doctrines and the meekness of Patrick. Whilst the saint slumbered he would gather sweet-scented flowers and scatter them over his bosom, and when Patrick was setting out, continuing his journey towards Tara, Benen clung to his feet declaring that nothing would sever him from him. "Allow him to have his way", said St. Patrick to the chieftain, "he shall be heir to my sacred mission." Thenceforth Benen was the inseparable companion of the saint, and the prophecy was fulfilled, for Benen is named among the "comhards" or sucessors of St. Patrick in Armagh.

It was on 26 March, Easter Sunday, in 433, that the eventful assembly was to meet at Tara, and the decree went forth that from the preceding day the fires throughout the kingdom should be extinguished until the signal blaze was kindled at the royal mansion. The chiefs and Brehons came in full numbers and the druids too would muster all their strength to bid defiance to the herald of good tidings and to secure the hold of their superstition on the Celtic race, for their demoniac oracles had announced that the messenger of Christ had come to Erin. St. Patrick arrived at the hill of Slane, at the opposite extremity of the valley from Tara, on Easter Eve, in that year the feast of the Annunciation, and on the summit of the hill kindled the Paschal fire. The druids at once raised their voice. "O King", (they said) "live forever; this fire, which has been lighted in defiance of the royal edict, will blaze forever in this land unless it be this very night extinguished." By order of the king and the agency of the druids, repeated attempts were made to extinguish the blessed fire and to punish with death the intruder who had disobeyed the royal command. But the fire was not extinguished and Patrick shielded by the Divine power came unscathed from their snares and assaults. On Easter Day the missionary band having at their head the youth Benignus bearing aloft a copy of the Gospels, and followed by St. Patrick who with mitre and crozier was arrayed in full episcopal attire, proceeded in processional order to Tara. The druids and magicians put forth all their strength and employed all their incantations to maintain their sway over the Irish race, but the prayer and faith of Patrick achieved a glorious triumph. The druids by their incantations overspread the hill and surrounding plain with a cloud of worse than Egyptian darkness. Patrick defied them to remove that cloud, and when all their efforts were made in vain, at his prayer the sun sent forth its rays and the brightest sunshine lit up the scene. Again by demoniac power the Arch-Druid Lochru, like Simon Magus of old, was lifted up high in the air, but when Patrick knelt in prayer the druid from his flight was dashed to pieces upon a rock. 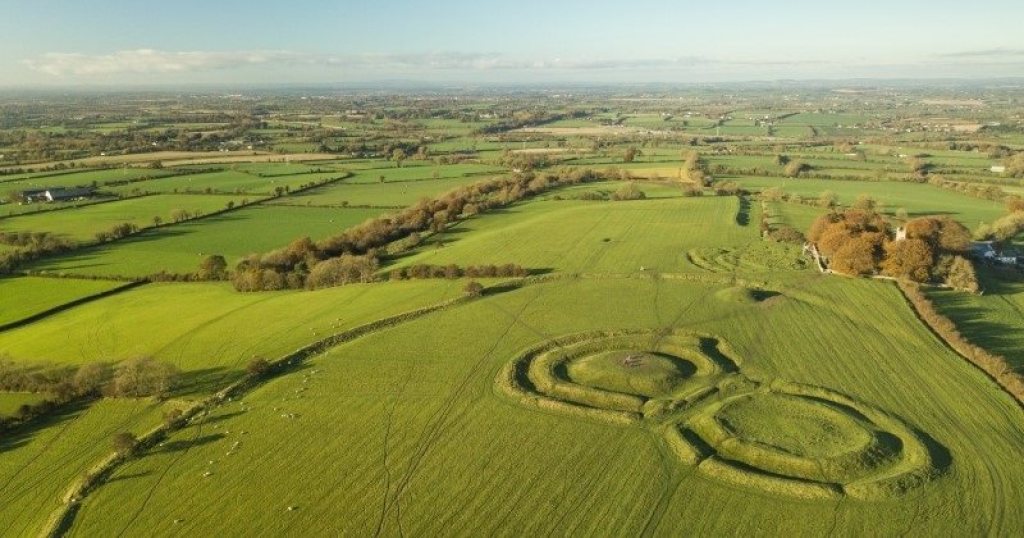