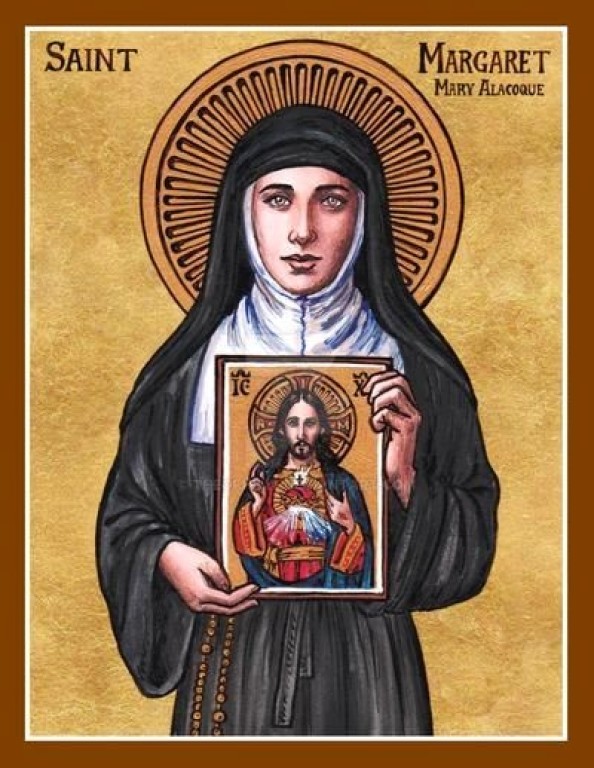 Soul of My Savior

There is a story that brought into sharp focus and clarity for me just exactly what the Mission of the Sacred Heart is.

Margaret Mary was mocked and ridiculed. She was seen as delusional

The Mother Superior frustrated at the “disruptive antics of First Fridays “

Called on a local Bishop to come and examine Margaret Mary, get her to confess that all this was not real. He came and subjected her to a tough interrogation

But she was not swayed in her belief that what she was experiencing was very real indeed. Finally, in frustration, the Bishop challenged her

“If what you say is true, if you encounter Christ in these First Friday Visions, you must ask Him the following at your next meeting, ask Him to tell you my greatest sin

If He shares that with you, I WILL BELIEVE and support you.”

With that, he left

A month later, he returned and asked her to reveal to him, his own greatest sin.

The reply shook the Bishop to his core, “I have forgiven and I have forgotten his sin, why cannot he? I paid the PRICE for his sin, why does he hold on to it?”

In that moment, the Bishop believed and became one of her biggest supporters.

On reading that story, my image of the Sacred Heart changed. It is not above fear guilt sin or suffering. It is about mercy, divine forgiveness, 2nd chances and new beginnings

It’s about coming home to God. It’s about BELIEVING that we are LOVED, FORGIVEN, SAVED.

And that He is

Calling us HOME to HIM

But even when she was believed, as a cloistered nun there was little she could do to foster her visions outside of her order. Thus, it was St. Colombiere, along with St. John Eudes, who would continue promoting a Sacred Heart feast day to the faithful and to the Holy See. Pope Pius XII (r. 1939-58), in his encyclical Haurietis Aquas, wrote: “The most distinguished place among those who have fostered this most excellent type of devotion [Sacred Heart] is held by St. Margaret Mary Alacoque who, under the spiritual direction of Blessed Claude de la Colombiere who assisted her work, was on fire with an unusual zeal to see to it that the real meaning of the devotion which had had such extensive developments to the great edification of the faithful should be established and be distinguished from other forms of Christian piety by the special qualities of love and reparation” (No. 95).

Universal approval eventually came from the Vatican in August 1856 during the reign of Pope Pius IX (r. 1846-78). In 1899, Pope Leo XIII (r. 1878-1903), encouraged by Catholics around the world, consecrated the human race to the Sacred Heart. In our time, the devotion is celebrated every first Friday Mass, and the solemnity is part of the Church liturgical calendar. The devotion is acknowledged through numerous prayers and depicted in thousands of images, including the image of Our Lord holding his flaming compassionate and merciful heart. Many homes are consecrated to the Sacred Heart. During Eucharistic adoration we revere the Sacred Heart in our Benediction prayers: “May the heart of Jesus, in the most Blessed Sacrament, be praised, adored and loved with grateful affection, at every moment in all the tabernacles of the world, even until the end of time.”

Margaret Mary died in 1690 and was canonized in 1920. Some argue that, like in the 17th century, our fervor for the Sacred Heart is again waning today. Turning to the visions and words of Margaret Mary, once again we can rally to this symbol, this source of Christ’s love.

The torch is passed from Margaret Mary to Claude, just as I received the faith from my family of birth, so I must pass it on to my family of faith at St Patrick’s.

(Tomorrow we continue reflecting on the Sacred Heart of Jesus with the person of St. Claude de la Colombiere).